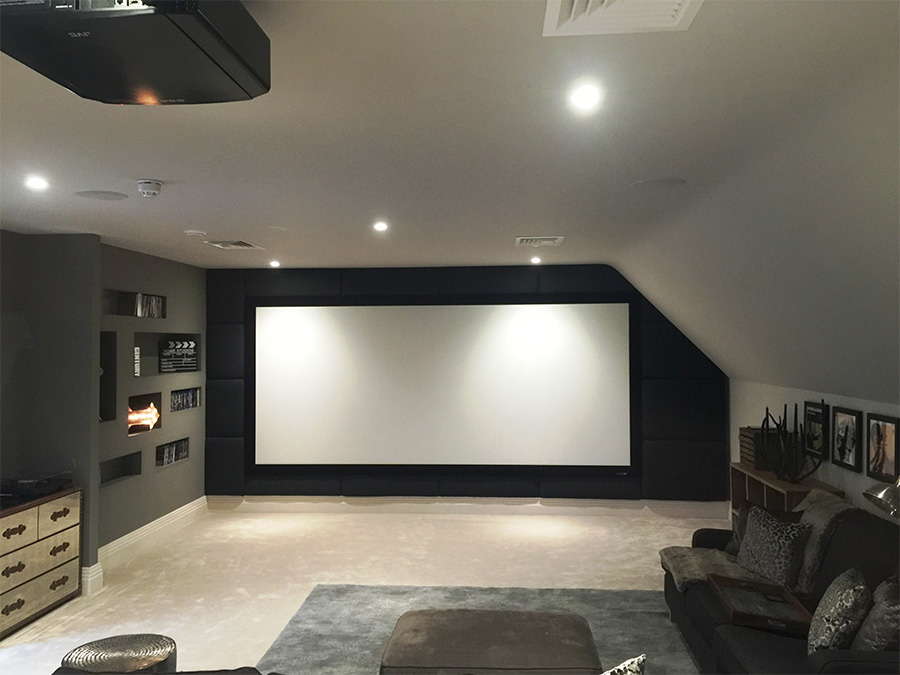 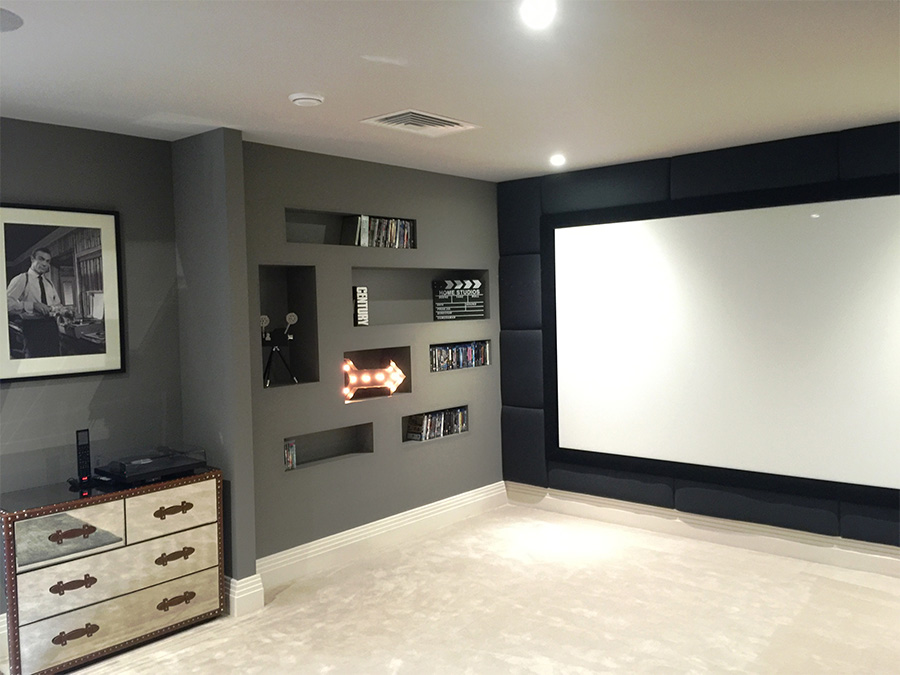 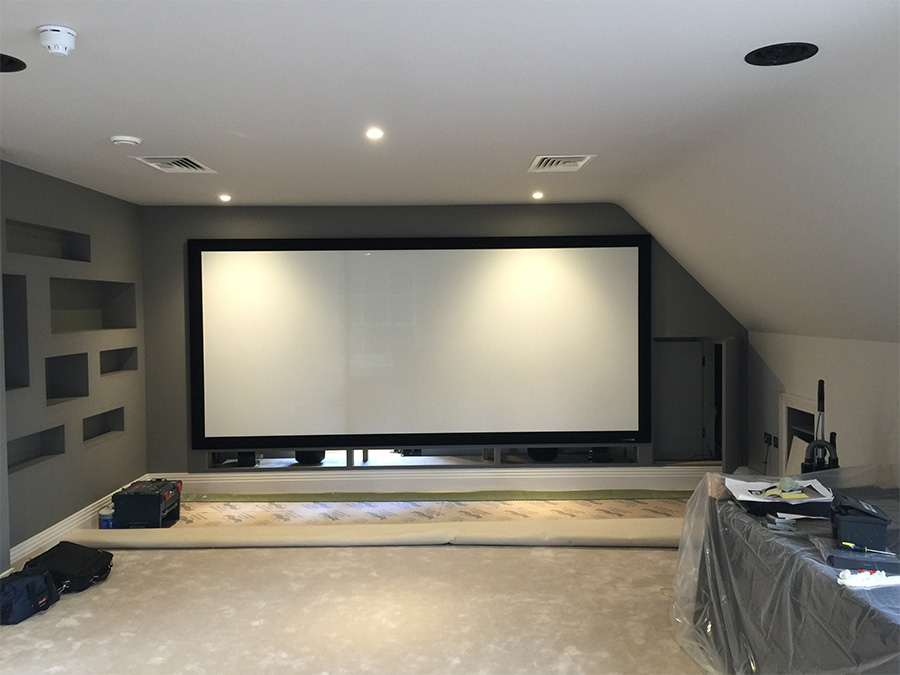 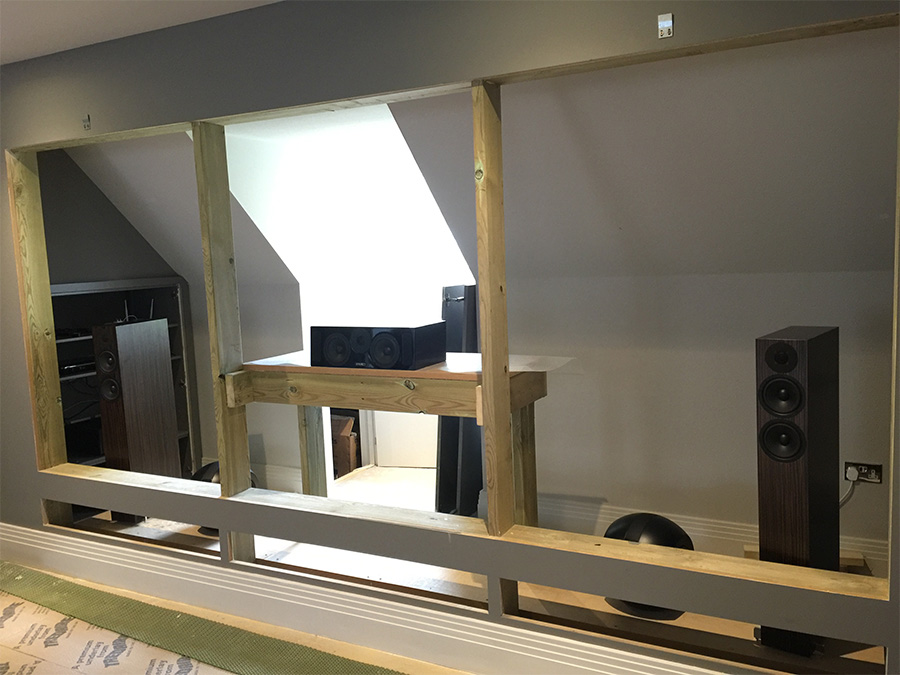 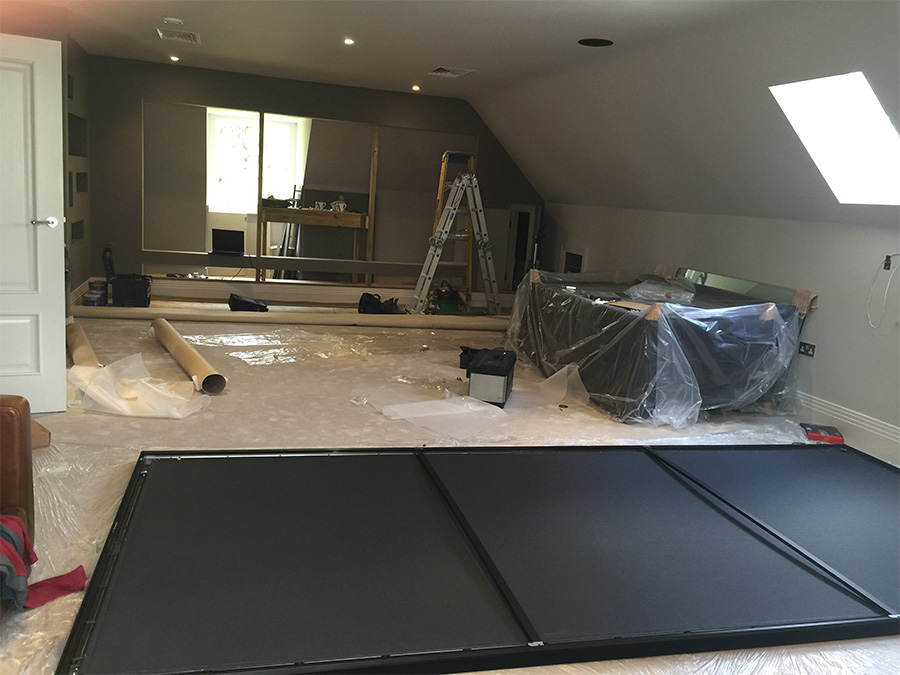 The brief for our clients brand new home was to install a high performance Home Theatre system, that would also double up as a HiFi system and include as large a screen as possible.

To enable us to have as large a screen as possible we decided to use an acoustically transparent screen that we could place the front speakers behind. For this we constructed a baffle wall to house the speakers to which a screen could be placed in front.

The screen is a whopping 380cm wide with a 2.35:1 aspect ratio. The projector is a high definition and 4k ready providing the ultimate in cinematic indulgence.

PMC speakers where the answer for a mutli-purpose system that was to excel for both movies and music. The Fact series feature at the front end behind the screen and thin wall mounts from the Wafer series are positioned on the side and rear.

Anthem electronics were used for audio processing and amplification, driving the speakers effortlessly, bring the Dolby Atmos performance to an incredibly high standard.