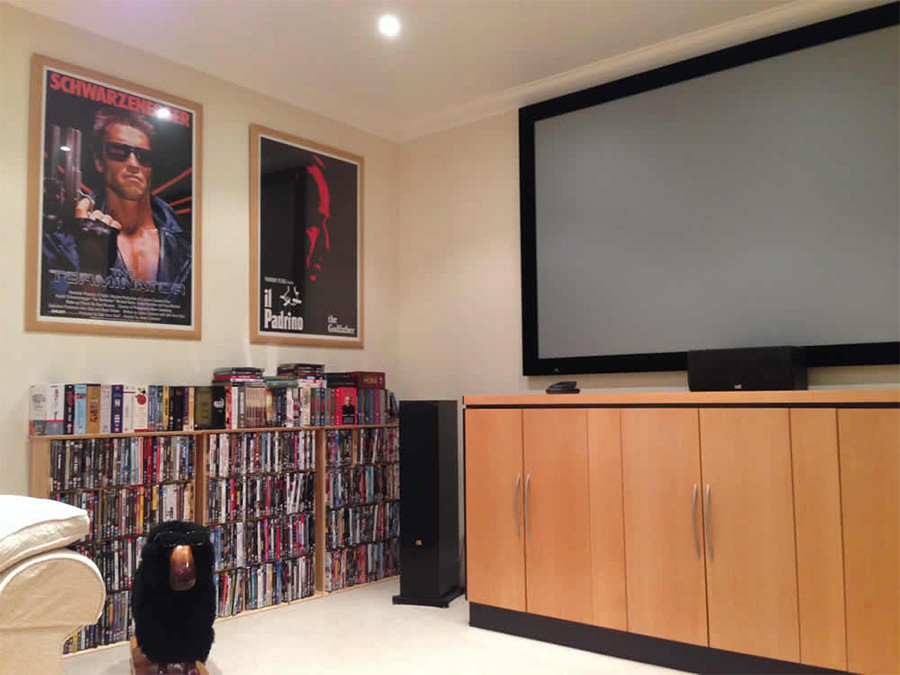 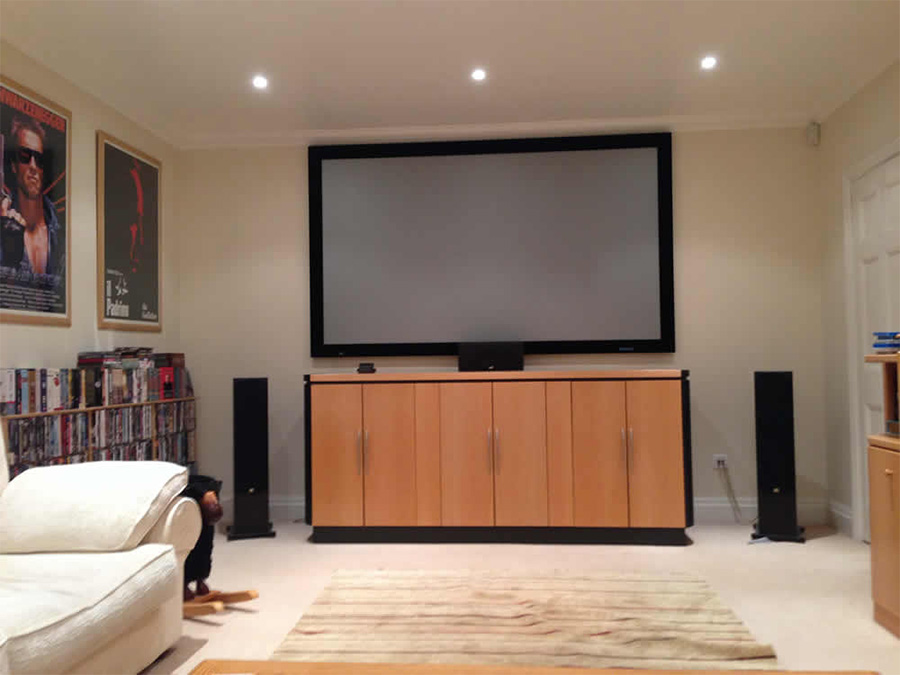 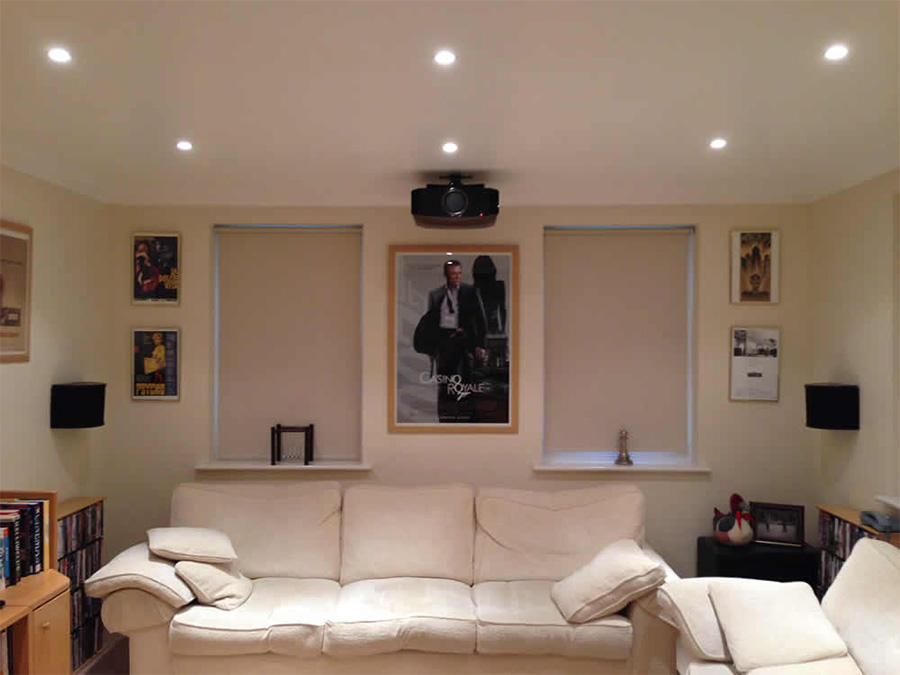 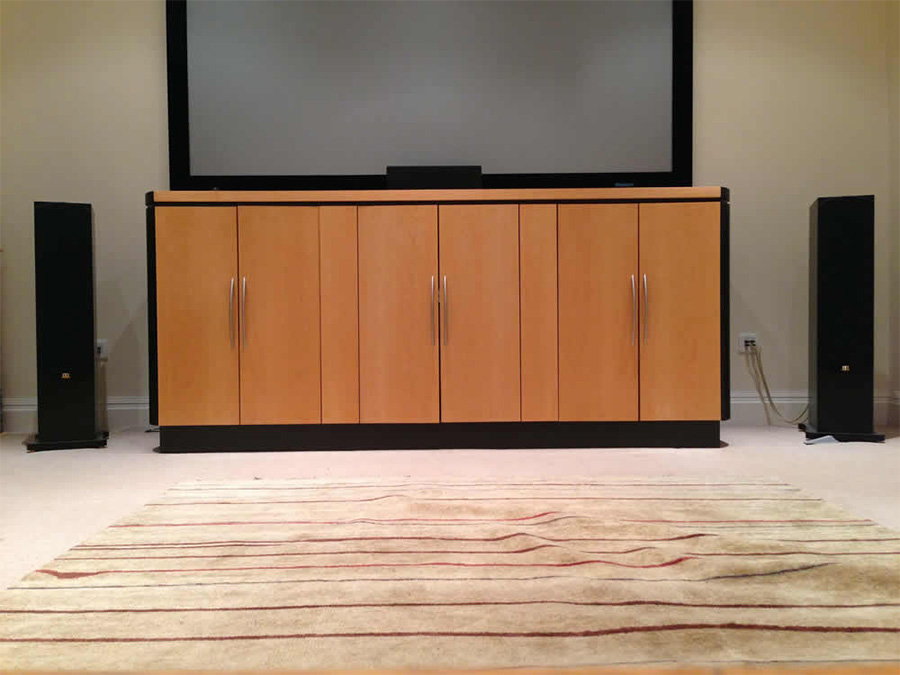 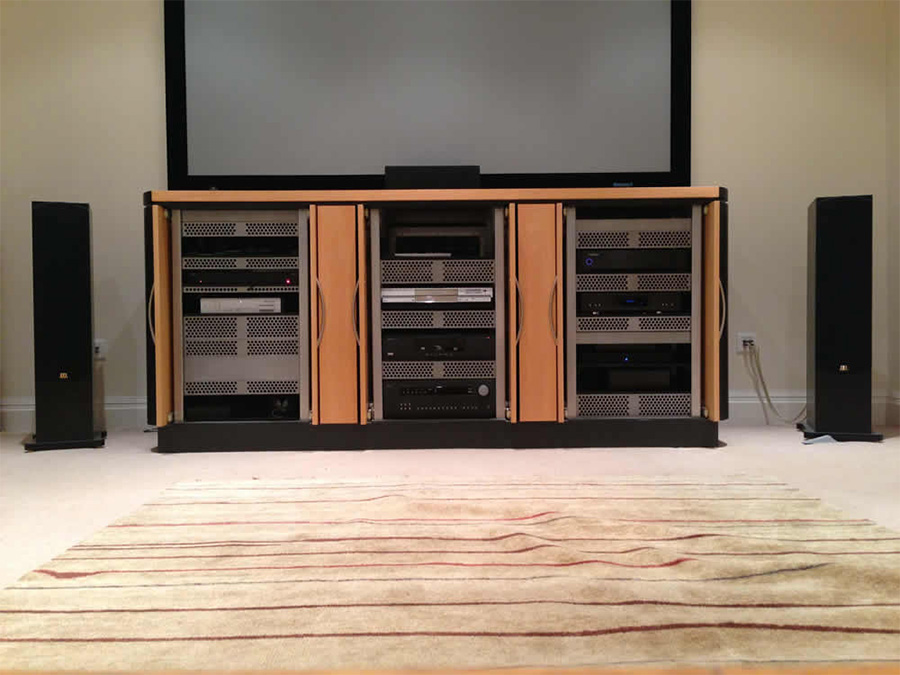 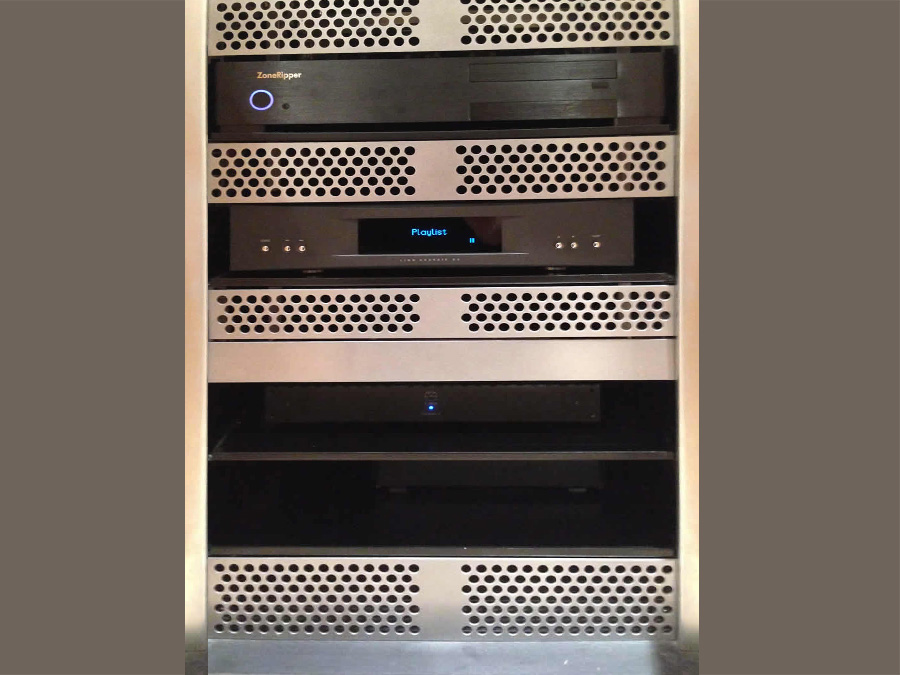 Here we have a very lucky client who has AV throughout there property including, multi room audio distribution with their very own family theatre system.

For that real cinematic experience there is a large projection screen which a state of the art Full High Definition projector. The fantastic picture quality is accompanied with a full range 5.1 surround sound speaker package, which is driven by an AV receiver and Blu-ray / DVD player.

This cinema system also doubles up as a very high performing Hi-Fi system, thanks to the large full range speakers and carefully selected AV receiver.

In recent months the clients have upgraded both the cinema and the multi-room system. First up was a new projector to provide Full 1080p High Definition and 3D from a new one box Blu-ray / DVD / CD player. Next we upgraded the older, on wall keypad based, Multi-room audio system has been brought up to date with network music streamers. This now means control of the system has moved from the wall keypad to the hands of the user via, smart phone or tablet app. The music choice’s available in all the multi-room audio zones are, music from a server, internet radio and on demand services such as Spotify, Napster, BBC iPlayer and Youtube. The system supports Airplay too, so music can be played from any wireless smart device or computer through the system which is a client favourite. Due to the high use of the system in various rooms, the system has been configured so that there are ‘his’ and ‘hers’ music streamers, which provides in dependency, allowing both Mr and Mrs to listen to different things at different times. The cinema has been furnished with a performance music streamer providing a fantastic Hi-Fi system.