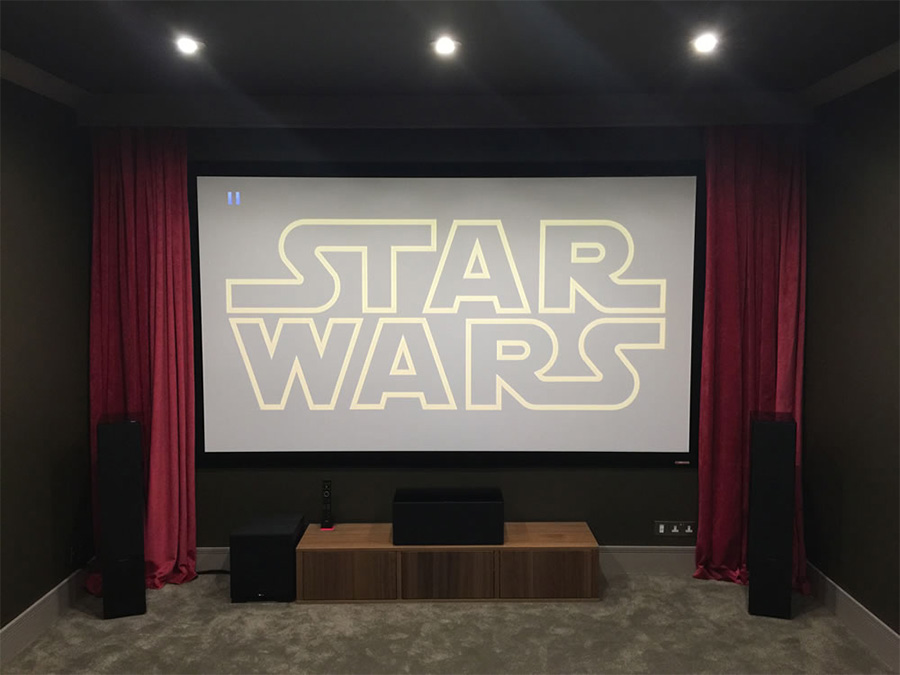 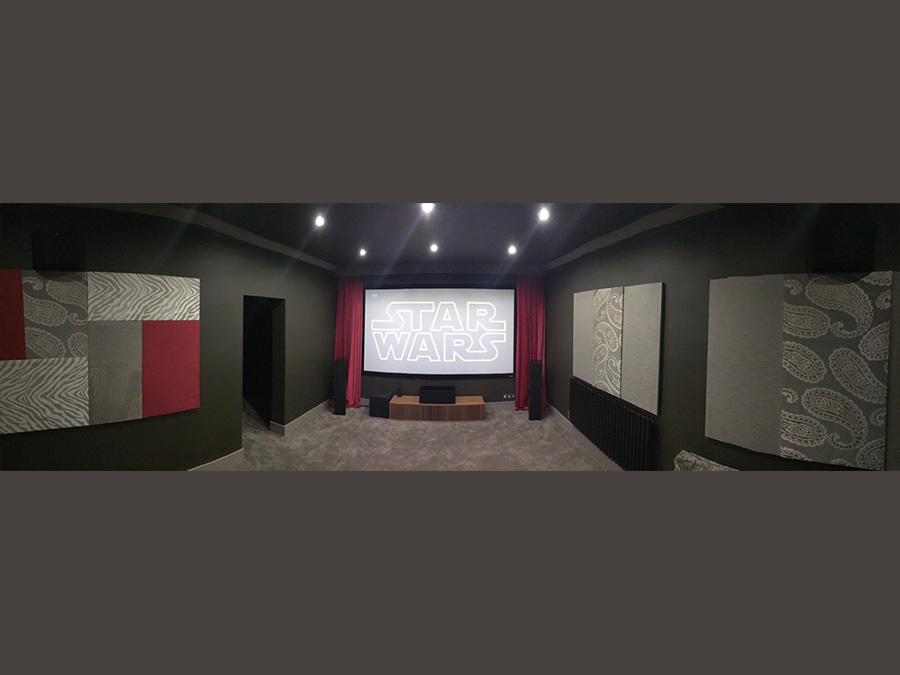 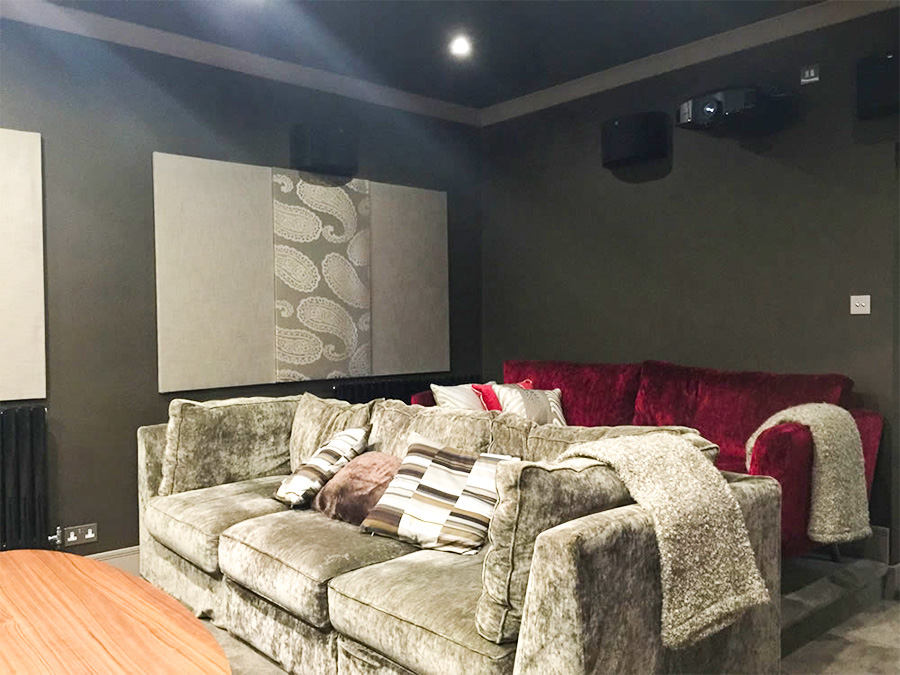 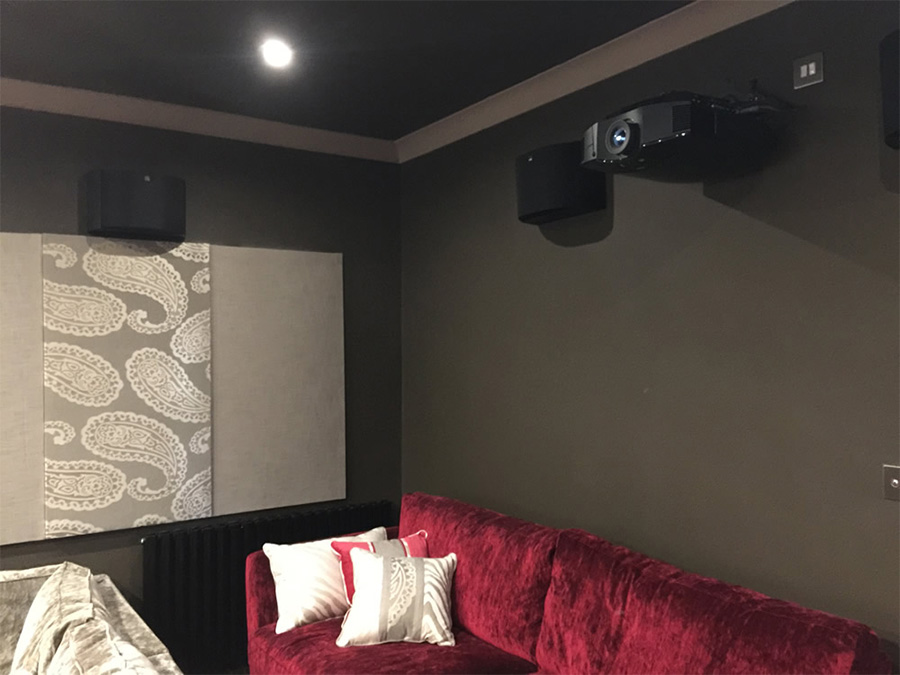 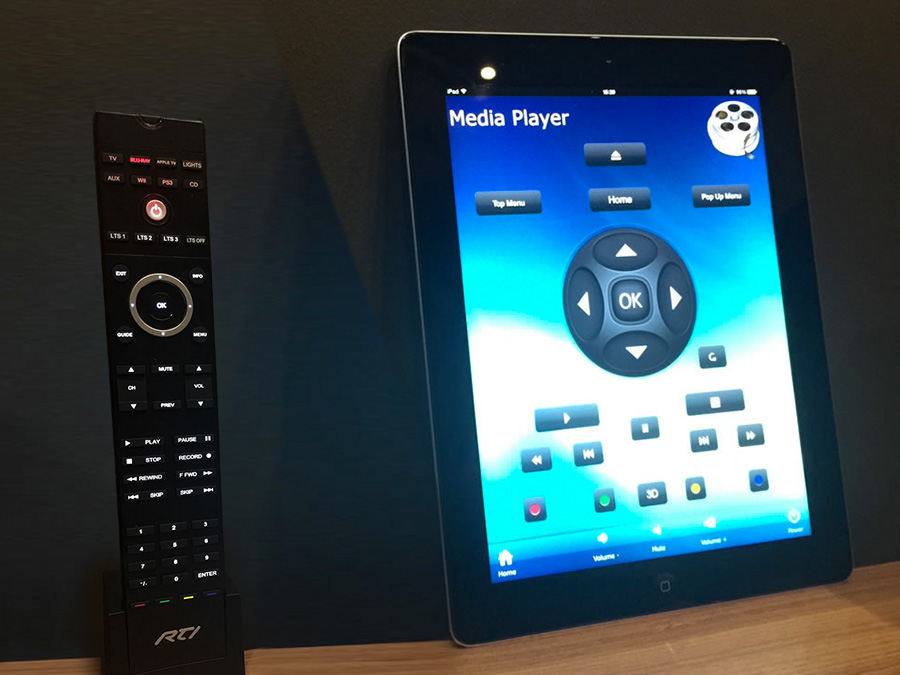 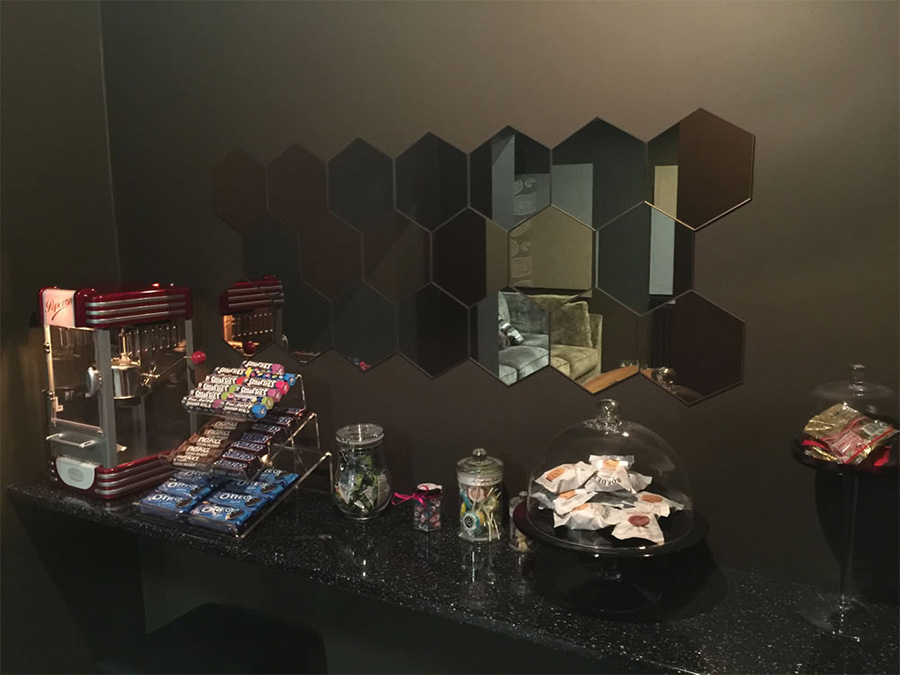 Here we have a stunning example of a beautifully designed, high performance, 7.1 Cinema system. Boasting a 126″ / 320cm projection screen with a 1080p, Full High Definition, 3D Projector. Audio is provided by full range floor standing speakers at the front with wall mounted side and rear speakers. The main focus of the system is movies and TV, however when the client chooses to listen to music, the Hi-Fi performance is excellent.

Using the system is user friendly for the whole family thanks to a dedicated control system. There is a hand held remote control and an iPad app, both of these controllers will have you watching a Blu-ray film in seconds, with just one touch of a button.

The Family is able to watch On Demand Television programmes from a Now TV box. A Universal disc player allows playback of, CD’s, DVD’s, Blu-ray and 3D Blu-rays, as well as giving access to NetFlix, BBC iPlayer and much more. To keep the family entertained even further, there is also a Wii U, PS4 and Xbox One to choose from. The family tell us “There is nothing to rival Call of Duty on our big screen, with the surround system you feel you are really part of the action and you can even hear people trying to creep up on you from behind”.

The icing on the cake with the system is the confectionery room, complete with popcorn machine, drinks fridge and all the candy a family could want.

Lastly the Cinema room has been acoustically treated with custom Acoustic panels mounted on the walls. With the client’s designer eye, they double up as a nice feature adding to the theme of the room.