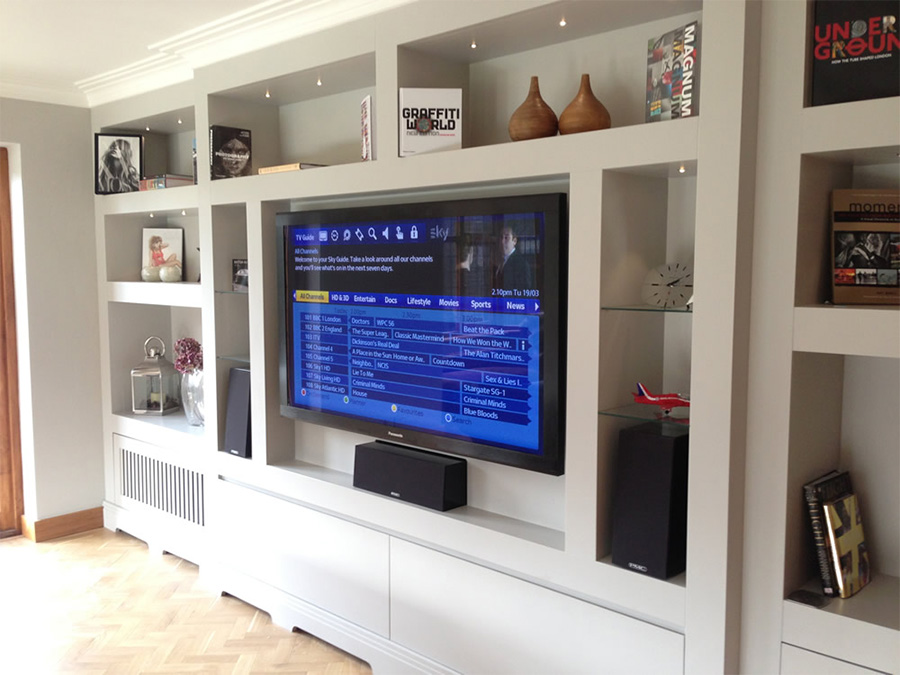 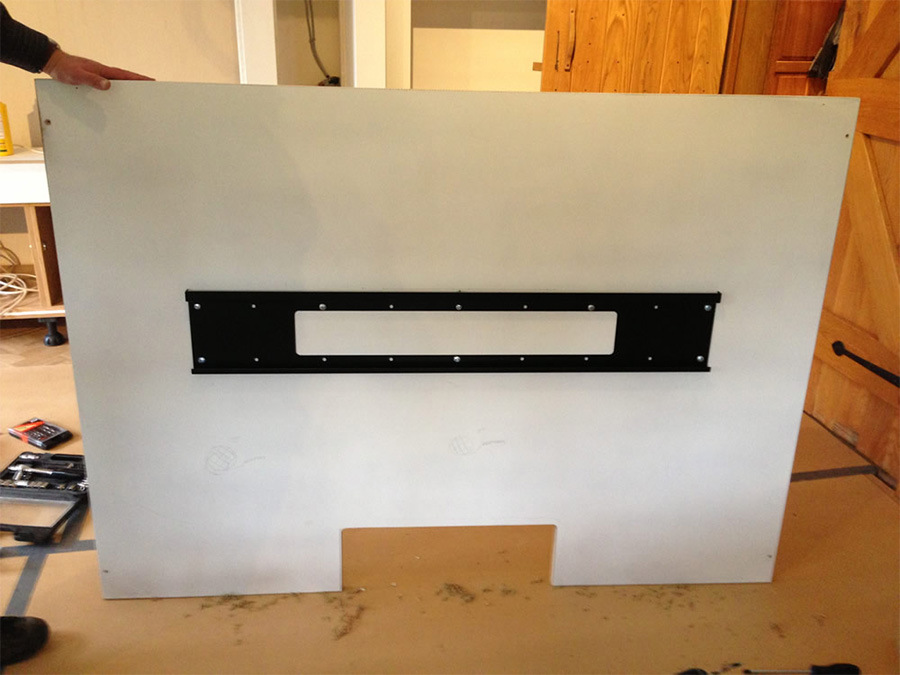 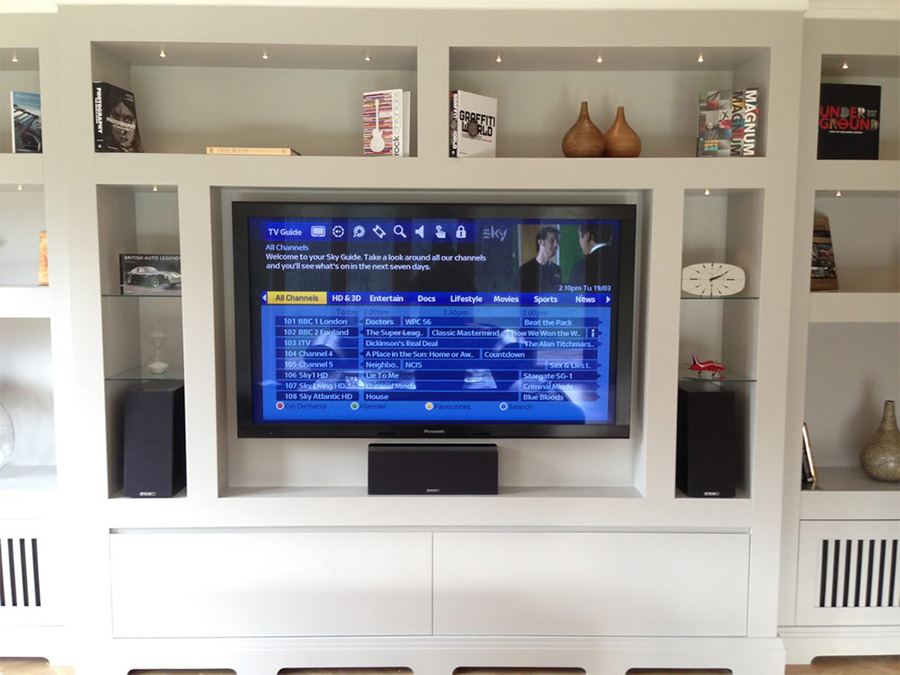 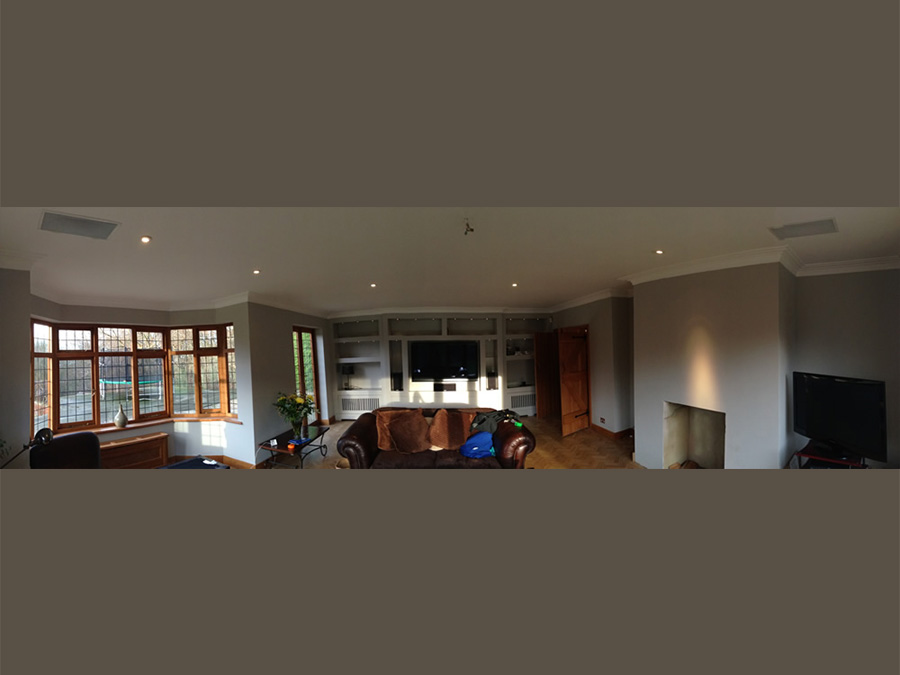 The design of this room was driven strongly by aesthetics and the challenge was not to sacrifice performance. This meant there was a lot of liaison with the client, interior designers and cabinet makers. Ultimately the end result is a beautiful looking installation which has a very strong Hi-Fi and Cinema performance level. The custom cabinet had to also house the multi-room audio equipment, such as the music server and streamers for the multiple house zones. There was a lot of cabling brought in to the room, which is managed within the cabinet for Ethernet networking, speakers and video cables.

The 65″ High Definition, 3D plasma display panel, is fed from a Sky HD, Apple TV and Blu-ray player. The Plasma TV is broadcast grade, without a doubt the best plasma screen we have ever seen, typically found in film studios and video editing facilities. The audio is driven by a, 2 box pre-amp processor and multi channel power amplifier combination. The highly refined book shelf design left and right speakers, housed neatly within the cabinetry along with the central speaker provide a strong front end to the system. The rear speakers are placed in the ceiling which provided a suitably big dynamic range to match the front end. The sub woofer is one of the best looking sub woofers available and sits as a feature in the room.