Linn Klimax and Akubarik – System Of The Month *June 2021

Is the future of a high-end Hi-Fi system much the same as it has always been? An increasing amount of monoblocks powering passive speakers controlled by a pre-amp being fed from different sources? Linn don’t think so, and there’s good reasoning behind it. Linn have always felt that the digital to analogue conversion should be done at the last possible moment in a system rather than further upstream, this prevents audio unnecessarily degrading within the system.

Currently running in our Hi-Fi demonstration room we have a pair of Linn Akubarik Aktiv speakers being controlled from their new next-generation Klimax DSM. Rather than the traditional approach described above this translates as a pair of speakers with their own amplification and digital to analogue conversion built in, with a streamer sending over the information in digital form for the speakers.

As such the matching system as recommended by Linn would use Akurate level streaming, which we do of course keep in and would be more than happy to get set up on request. 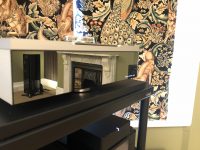 The speakers come with 4 x 100W & 1 x 200W amplifiers on board each giving a 5-way floorstanding design. Couple that with the quality Katalyst DAC on board and it all adds up to something rather impressive.

Room optimisation is also on board, a simply yet in-depth part of Linn’s Konfig software allowing you to optimize the sound of your system according to the environment. Giving you the reassurance that despite a possibly imperfect listening environment your system still sounds the best it can do given the confines of the room.

Three drive units, mid-range, tweeter and super-tweeter are housed in a single rigid chassis, while bass duties are handled by two drive units in an isobaric arrangement, whereby two drive units work in tandem, directed downwards with the bass radiating out from the bottom of the speaker. 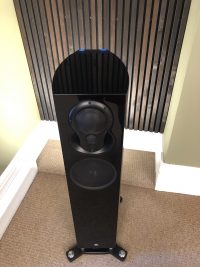 Our Linn Aktiv systems start at under £10,000 so if you are looking to remove a traditional system and replace it with a more streamlined option, or looking to start from the beginning with a future-proofed option, then it could well be exactly what you are looking for without even realising it!

Whether interested in the concept of an active speaker system in general or in the Linn systems specifically, we will have the above system up and running until mid-July so plenty of time to drop in for a listen. 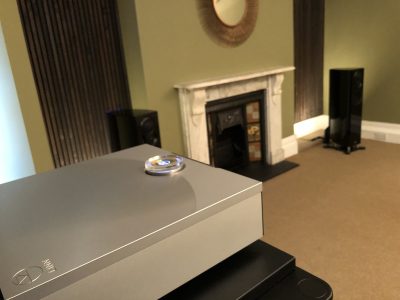 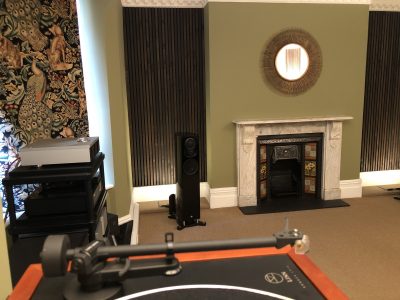 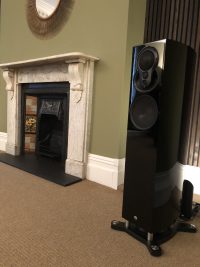